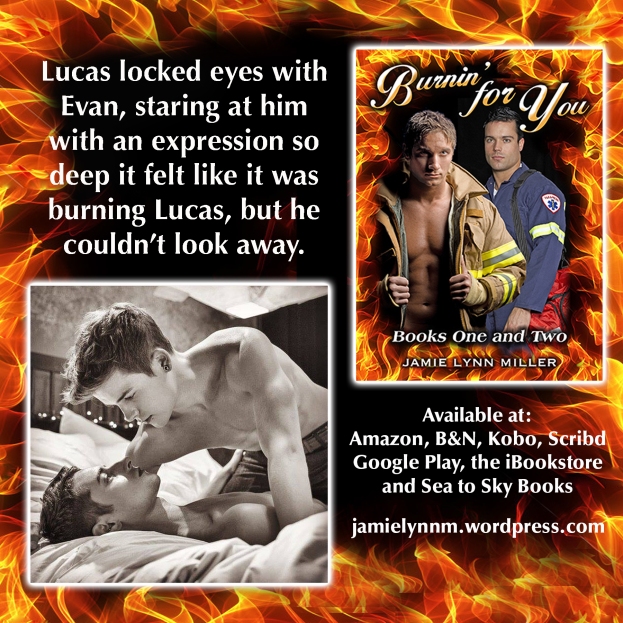 It’s BookQuoteWednesday! #BookQW This week’s word was “DEEP”. Check out fireman Lucas and paramedic Evan heating up the sheets and the streets in Burnin’ for You! #GayRomance

★ BLURB: Lucas Taylor is a hard-working New York City fireman at Station 127, dedicated to his job, even though it has brought him heartrending tragedy – the loss of his lover, Ryan, in an explosion a year ago.

Evan Singer is the new guy in town, a paramedic transferred into Station 127 from San Antonio, and he sets his eyes on Lucas from the get-go.

Neither knowing who the other is, their first meeting is explosive, a night of passion and desire that awakens something inside Lucas he never thought he’d feel again.

But when Lucas discovers that Evan is a paramedic, it all comes crashing down. For despite the feelings he has for Evan, Lucas has vowed to never again get involved with someone on the job, after losing Ryan to it.

Can Evan convince Lucas to open up his heart and take a chance on love again, despite who Evan is?

INCLUDES THE SEQUEL – WHERE THERE’S SMOKE

It’s five months later and Lucas is nearly a full-fledged paramedic. But becoming a medic means no longer being able to work with Evan at Station 127 and giving up his chance at a promotion to Lieutenant. As graduation looms, will Lucas change his mind? Then add in a young man Lucas rescues from a fire that becomes an obsessed stalker, and Evan’s altercation with a victim’s husband that threatens his career, and things turn explosive at the FDNY. 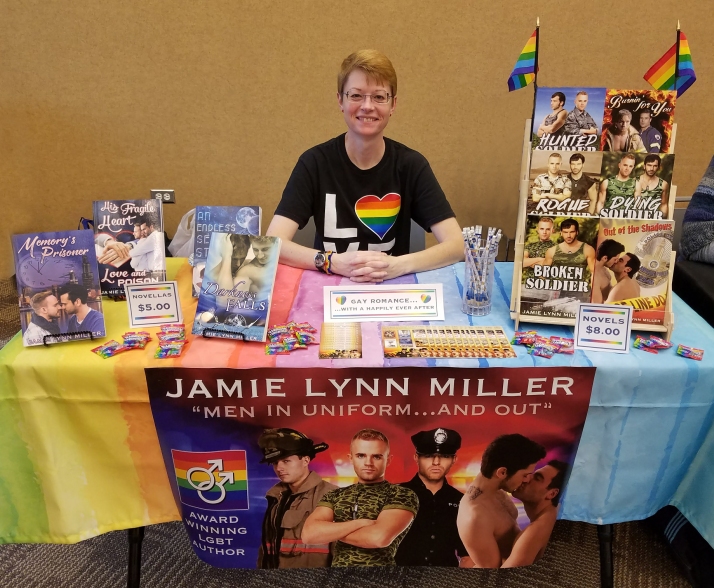 Many thanks to everyone who stopped by to see me at Naperville library’s Local Author Day today! Met lots of wonderful people, had great conversations and sold books! Kudos to the library for putting on such a great event! Hope they do it again next year!

To my Chicagoland friends – I’ll be at the Naperville library this Saturday, November 3rd, from Noon to 4:30 pm at their Local Author Day!

I’ll have books to purchase and sign, plus swag to give away and CANDY! Not to mention free hugs.

Hope to see you there!

Meet hometown authors, learn about the publishing world, the unique facets of genre styles and creative mediums, and purchase signed copies of creative materials and enjoy a knowledge-filled afternoon.