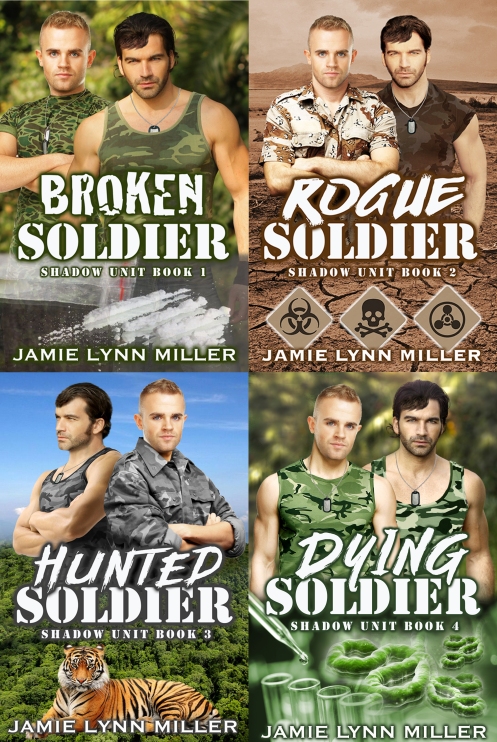 Connor and Shawn’s harrowing missions take them across the globe from London to Kuala Lumpur to India to Pakistan to Bangladesh and Sierra Leone. Fighting to stem the flow of ever-increasing terror attacks and to protect innocent civilian lives, they battle arms dealers, drug smugglers, biological weapon threats, and a madman hell-bent on revenge, facing death at every turn. Their private lives are fraught with struggles as well, both Connor and Shawn battling personal demons from their past that threaten their future.

Amidst a backdrop of guns, bloodshed and violence, Connor and Shawn’s love and dedication for one another never wavers, standing resolutely side by side, drawing strength from each other to continue their never-ending fight.

This site uses Akismet to reduce spam. Learn how your comment data is processed.